(Boston, MA) – Current Candidate for District 7 Boston City Council Jamarhl Crawford has announced that “Monday in Grove Hall will be a sight to behold.” Releasing little details of his plans for Monday’s revelation the write-in / sticker candidate has ensured that it will be yet another out of the box idea from Crawford’s grass roots campaign.

“The theme of our campaign is ‘Of The People, For The People’ and my campaign song is called ‘I’m Different’ on Monday our community will see both of these concepts in action.”
– Jamarhl Crawford Publisher/Editor Blackstonian.com, Boston City Council District 7 Candidate

The Crawford campaign would make no other details immediately available. Media is advised to contact using the listed means for the most accurate up to the minute details, beginning at 8am Monday 10/14.Crawford has already picked up major support and endorsements from Mel King, Doris Bunte, Min. Don Muhammad, Sen. Bill Owens, Pastor Bruce Wall, Bishop Felipe Texeira, Larry Ellison and other prominent community figures representing a broad base of support. 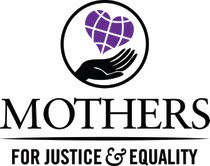 Mothers for Justice – Mother’s Vote Too – Stand Out at Ruggles