RAISING OF THE RED, BLACK & GREEN FLAG MON. AUG. 19
In honor of Marcus Garvey and in recognition of Black August

(Boston, MA) – On Monday, August 19th at 12 noon the Red, Black & Green flag created by Hon. Marcus Mosiah Garvey will be raised on Boston City Hall Plaza. The “RBG” flag has also been called the “African-American flag,” “African Liberation flag” or the “Pan-Afrikan flag” and has been adopted by a wide variety of groups promoting “Black Unity” and “Cultural Consciousness” for African-American citizens.

In years past the RBG flag raising has been well received and attended by Boston City Councillor’s Charles Yancey of District 4 and former District 7 Councillor Chuck Turner among others. The flag raising became controversial in 2008, when without warning the flag was removed briefly after complaints from local law enforcement. Councillor Turner wrote a passionate letter in protest of the removal of the flag calling it a “flagrant act of disrespect” and it was restored to the City Hall flag pole the following day.

The groups organizing the 2013 RBG Flag raising include Blackstonian, Organize The Hood (formerly Occupy The Hood), Voices of Liberation and more. This is the 5th such flag raising with the first one held in 2004 organized by Jamarhl Crawford, then Boston Chapter Chairman of the New Black Panther Party and current candidate for Boston City Council District 7. The flag raising is dedicated in celebration of the birth day of Marcus Garvey (Aug. 17) as well as the commemoration of Black August, the month designated to raise awareness about the plight of Political Prisoners held in the United States.

“We are using this symbolic flag raising to highlight Black History, African-American pride, honor a giant pioneer of Black self-reliance and philosophy and at the same time call attention to the plight of currently held political prisoners who sacrificed themselves in the name of human rights, justice and equality.”
– Jamarhl Crawford Publisher/Editor Blackstonian.com, Boston City Council District 7 Candidate 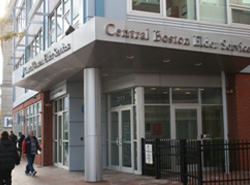 Thursday, October 10th at 1pm Central Boston Elderly Housing 2311 Washington Street in Roxbury (just across from Dudley Station) *Please be aware that finding street parking is difficult due to construction On Thursday... 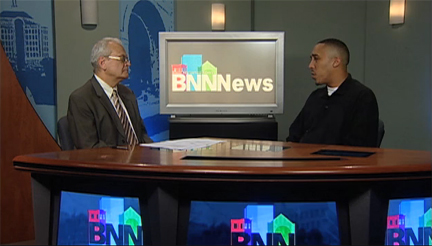